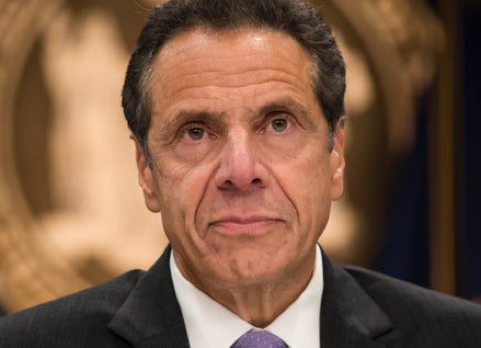 What is Governor Andrew Cuomo saying about COVID-19?

Governor Cuomo has been praised for his handling of the situation, conveying the seriousness of the COVID-19 threat by holding televised and live-streamed conferences daily. He has been working with President Trump on many fronts, including securing the deployment of 2 military ships to the Port of NYC to offset the burden of non-COVID-19 cases upon the healthcare system. Our current infrastructure is not capable of handling the exponential growth of affected patients. To help mitigate this system from being completely overwhelmed, large areas like the Javits Center are being retrofitted by FEMA and the Army Corps of Engineers with fully and independently staffed and equipped medical units to nimbly expand the capacity of the NYC healthcare system.

The governor has advocated a policy of physical /”social distancing” to minimize viral transmission, making particular appeals to the younger generation who have in recent days been reluctant to curb their behavior.  To this end he has cited recent data suggesting that early reports of young people not being affected have given way to the age bracket of 24-54 year-olds now comprising 40% of those hospitalized form the virus. He also speaks of “Matilda’s Law”, named after his own mother, to help prevent “mom” and “grandma” from being infected by mild-case or asymptomatic (without symptoms) young people carrying this disease.. He makes it very clear that this is not a “Shelter in place”. All essential aspects of daily life like; trains, pharmacies, and grocery stores are still functioning but with a minimal staff and less frequent train schedules. The governor also said that people are able to go for a walk, run, etc., so long as strict social distancing is observed to slow the spread of the virus.

Governor Cuomo also combatted price gouging on hand sanitizers being sold on Amazon and eBay by creating an New York State hand sanitizer with a 70% alcohol content. He also stresses the urgency of PPE (personal protective equipment) and ventilator shortages by healthcare staff workers and calls on the federal government to nationalize the medical supply chain for scarce PPE gear such as masks, gowns and gloves.

“When states are doing it, we’re competing against other states; in some cases, we’re savaging other states,” Cuomo said, noting that price gouging and simple scarcity economics have forced the state to, in some cases, pay “$7 for masks that used to cost 85 cents.”

As for the increasing number of cases, he explains that the number of cases in New York State and NYC will go up as a result of the increased number of tests being conducted. He assures the public that every day COVID-19 testing is breaking records, revealing both new cases and the extent of earlier cases that had gone undetected until now.  He advises the public not to harp on numbers since they are a lagging indicator of policy effects and change (increase) daily, “you can’t see these numbers like the stock market”.

Lastly, at the end of every conference, he assures Americans directly by reminding us that American’s have endured hard times in the past and that we will overcome this obstacle. “Nobody expected this change, nobody wanted this change, but we will get through it.”